Last week, Paul Schwartzman wrote a profile of Melania Trump in the Washington Post Lifestyle section. While full of belabored metaphors like “Rorschach test in Louboutins,” the article is lacking in purpose or substance. It features a discussion of Melania’s good looks (descriptions of her cheekbones and eyes are included), her fashionable clothes (with mentions of multiple designer names) and her accent, labeled “as obvious as her large diamond ring and sky-high stilettos.” The only overarching topic of the piece seems to be Melania’s absence from the public eye since she became First Lady. Whether the latter point is deserving of our attention is up for debate, but even if we assume that it is, such an analysis certainly does not require a discussion of Melania’s looks, fashion sense or her Slovenian accent. However, those “essential” details do fit neatly into a stereotypical, shockingly stable and very predictable portrayal of Eastern European women in the media, one that I am sure we have all come across in numerous movies and TV shows over the years.

In the first season of one of my favorite sitcoms, How I Met Your Mother, the friends decide to get a limo for New Year’s Eve and party-hop their way through the night. At one point during the evening, Barney – the resident womanizer – brings along Natalya, whom he met at one of the parties. She has a fake-sounding Russian accent, is very drunk, wears a leopard outfit and has notably heavier makeup than anyone around her. She is annoying to the whole group, except to Barney who brags about his plans to have sex with her. She says things such as “hello, American party friends of Barney’s” and “I, like, super love you,” passes out on the front seat for most of the night and looks like she is confused by everything she hears for the one minute of screen time that she gets. When Barney thinks he has lost her for a while, his friends are all relieved because, as Lily explains, “none of us really liked her.” When asked where she is from, Barney responds: “(W)ho knows? The Former Soviet Republic of drunk-off-her-ass-istan?” at which Natalya laughs loudly and exclaims “super drunk fantastic, huh?” 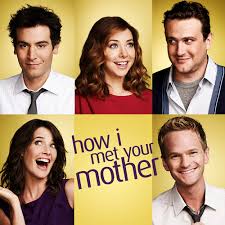 To most people watching this episode, the whole Natalya storyline might not have seemed like that big of a deal. So what, a drunk, seemingly stupid and all-around hilarious (due to her general ridiculousness, rather than her sense of humor) Eastern European chick occupying a minute of the episode? Great way to inject some additional humor without altering the rest of the storyline, right? Sure, unless you yourself are an Eastern European woman and are more than sick of seeing yourself portrayed as a caricature on camera. From all I have seen over the years, I imagine there are three main guidelines laid out in the Hollywood rule book on creating female Eastern European characters.

If you choose the victim route for your female Eastern European character, you have to be make sure she is the type of victim for whom you feel only marginally sorry, all the while focusing on a main story line that does not involve her. Here, you can follow the formula from the movie Taken. You can choose to depict an actual global problem – like the terrifying reality of human trafficking– but make the foreign women affected by it secondary to your plot. It is imperative to make a more relatable character, like Kim Mills, the focus of the story and give a few seconds of air time to a few victimized Eastern European women to help move the main plot along. The viewers can feel bad for these women for a second, but should never become fully invested in their well-being.

Melania’s profiles in the media, including the Schwartzman one, rely heavily on both of these images, dedicating copious amounts of attention to her looks and to the narrative that she needs saving, all the while conjuring her image only when we think it would be entertaining to do so. We clearly do not see her as a key character in the social or political narratives (though, to be fair, the role of a first lady has never been a key one) but we are having a lot of fun indulging in the hyper-sexualized and victimized image we have created for her. Both images are as familiar, compelling and easy to digest as they are unnecessary.

The second Hollywood rule of creating a female Eastern European character is making her sound naïve and stupid. She must never say anything of substance, so you should ideally limit her lines to utterly brainless soundbites. Our obsession with the first lady’s paucity of public speeches fits this bucket quite well. This goes hand-in-hand with the third absolutely essential rule – your Eastern European character has to speak in what I call the “Hollywood Russian accent.” That is the Hollywood interpretation of a Russian and, by extension, an Eastern European accent, which always sounds the same and must feature loud rolling Rs, choppy pronunciation and an aggressive tone of voice. The things being said in that accent need to be either dull or downright ridiculous and they absolutely need to be used in a sentence that is grammatically incorrect. When was the last time you saw an Eastern European character on a show, speaking in that “Hollywood Russian” accent, and saying something eloquent and profound? Almost always he or she will be saying a couple of nonsensical phrases that are meant to sound hilarious or, if we are watching an action movie, threatening (the Cold-era holdover of Eastern European men always playing villains, sounding and looking scary at all times is a topic for a whole other discussion).

I’d like to go on a little aside here about the real-life repercussions of that refusal to acknowledge that someone can be intelligent and proficient in English even though their tongue is accustomed to making slightly different movements while creating speech. For those of us who have grown up outside of the US, our accents are both an inextricable part of ourselves and something we are constantly aware of in interactions with others. The stereotype that accents equal broken grammar and stupidity makes us feel alienated even in well-intentioned company. When we get interrupted within the first 30 seconds of speaking in most social situations to get asked about our accents’ origins, we are left feeling self-conscious, singled-out, and feeling obligated to do that much better than everyone else for the rest of the conversation, to prove we have something to contribute despite our accents. When we hear the frustration on the other side of a phone line, from someone too exasperated that we sound differently than what they are used to, we are left feeling embarrassed about inconveniencing others with our speech. When a well-meaning stranger tries pointing out the local tourist attractions in the city where we’ve lived for 9 years, automatically assuming we cannot be local residents with those accents of ours, we feel like strangers in our own homes. When some people genuinely think they are complimenting us by saying “you speak English really good” we have to summon all of our strength and say “thank you,” when we are really dying to say “I think you mean really well and I am not sure I can say the same about you.” And in significantly less benign situations, when we are hit with that xenophobic gem of “go back to your country” because someone heard our accent in a bookstore, at a bus stop or on a patio eating lunch (all three have happened to me), we are left wondering whether sometimes it’s safer to not open our mouths at all.

Our fixation on accents and their portrayal in movies and TV facilitates and justifies all of these and many other experiences. It sends the message that people with accents are human props, there to elicit a few laughs with their silly way of speaking, but ultimately mostly unnecessary characters who do not deserve respect, should not be taken seriously and won’t be missed if they leave. Pointing out someone’s accent when writing about them on paper accomplishes the same, perhaps even taking it a step further. When you feel obligated to point out your subject’s accent in an article, what you are essentially saying is “in case any of you, readers, were about to take this person seriously, I am obligated to let you know they speak with an accent.” And if you are writing about a person who is particularly egregious in your eyes, you might even describe them as having a “thick” accent or one as apparent as a “large diamond ring and sky-high stilettos.”

So here is my profound hope, which will likely remain only that for the foreseeable future – let’s stop using Eastern European women as caricatures for a few cheap chuckles or in hopes of eliciting a small bout of sympathy in movies and TV shows; let’s hold off on portraying them as vapid and inconsequential in newspaper profiles; and let’s wait until we think of something meaningful to say about them before feeling compelled to write long articles about their looks and manner of speaking, even if they happen to be the First Lady whose designer shoes we are dying to discuss.